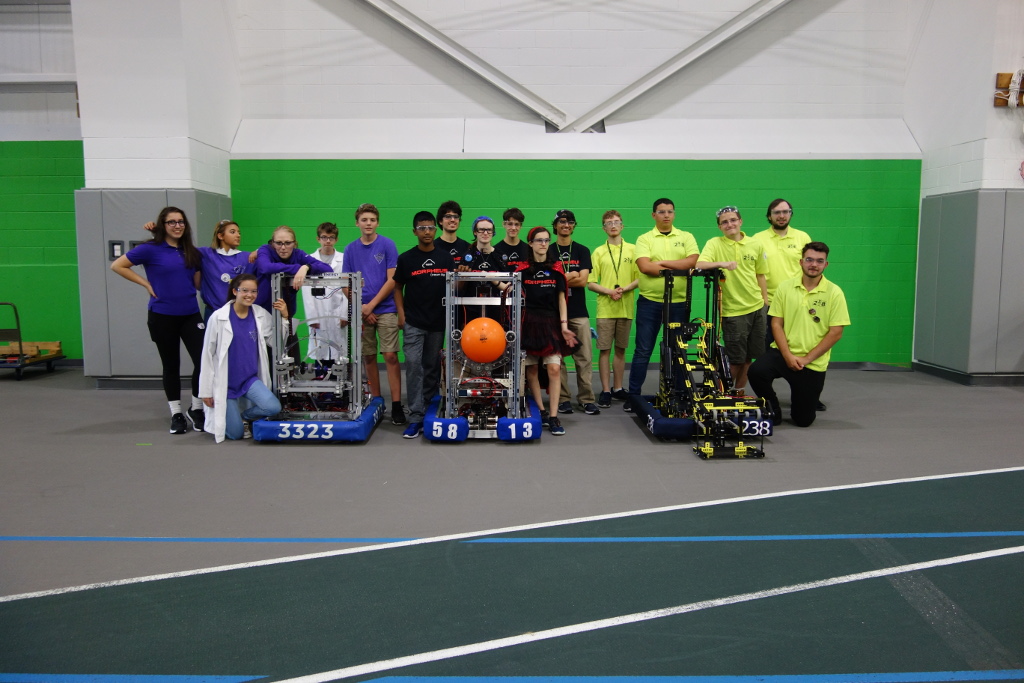 On September 27, 2019, member of Morpheus travelled to Plymouth, New Hampshire, to participate in the 2019 NH Governor's Cup competition. During this competition, we were training our new 2020 drive team. After getting our pit set up and our robot inspected, we participated in a practice match to test out our brand new suction climber on an actual field. The suction climb worked the first time, allowing us to climb to level 3 while taking up almost no space on the HAB platform. The next day was the main competition. We worked to place game pieces and climb in our matches, and we were able to secure the 10th seed going into alliance selection. We had to make a few mechanical changes to our suction climb, but were able to get it working perfectly by the end of qualification matches. During alliance selection, we were thrilled to be selected by our friends on Team 238 (Crusaders) to join Alliance 4. On the reverse side of the bracket, we were assigned Team 3323 (Potential Energy) to round out our alliance. Our alliance's strategy was to fill the cargo ship, fill two rocket levels, get two HAB 1 climbs, and one HAB 3 climb. Using this strategy, we were able to cruise through the quarterfinals to face Alliance 1 in the semifinals. Alliance 1 featured our friends on Team 131 (Chaos), Team 319 (Big Bad Bob), and Team 1058 (PVC Pirates). The first match of series was incredibly intense. When the scores went up, everyone was amazed to see that our alliances had tied 80-80. This meant that we would play at least two more matches in the series. Although we fought hard in the next match, we lost by only a few points. In the third match of the series, our alliance pushed hard and was able to pull out a narrow victory over Alliance 1. Going into the fourth match in the series, we were energized and ready to go. Our alliance came out swinging, and we played extremely well. When the scores came up on the screen, we were dismayed to discover that, while we had outscored our opponents by 6 points, there were 10 penalty points that swung the victory to Alliance 1. Although we had been eliminated, we were proud of our performance and cheered on the finalists. Later on, at the award ceremony, we were humbled to receive the Mill Yard Creativity Award for our suction climber! Morpheus would like to congratulate Team 1729 (Inconceivable), Team 1922 (Oz-ram), and Team 2342 (Phoenix) on winning the event! We had a great time working with 238 and 3323 and hope to work with them again soon! Our next event is River Rage 23 in October.